No Result
View All Result

When I first started using portable audio devices, all the headphones were wired. Around the time that I started using my iPhone almost exclusively for listening to music, the headphones were in-ear style. I had the opportunity to try out many different kinds of over the ear headphones, but many of them were considered ‘premium’ and therefore, were out of my price range. Fortunately, this is no longer the case as more and more mobile phones are released sans headphone jack, more cost-effective over-ear wireless headphones are emerging into the market. Creative, a company that focuses on creating high-quality digital entertainment experiences, has released a wonderful set of lightweight over-ear headphones — the Outlier Black.

The Outlier Black headphones have been available to the public since December 2017. They retail for approximately $60 and feature a 13-hour battery life (with standard use at moderate volume level). The headphones are foldable and very lightweight (6.7 ounces). Creative included a headphone jack and aux cable for user convenience so that when battery life was low, the headphones can continue to be used by plugging them directly into a device for extended playtime. The Outlier Black headphones feature Bluetooth 4.1 technology for reliable connection and longer distances. Creative designed these headphones to be long-wearing and as such, they included plush leatherette-padded ear cushions. The controls are located on the right ear cup in the form of a pressable button. You do have the option to activate voice assistants like Siri or Google Now with a press of the control button. 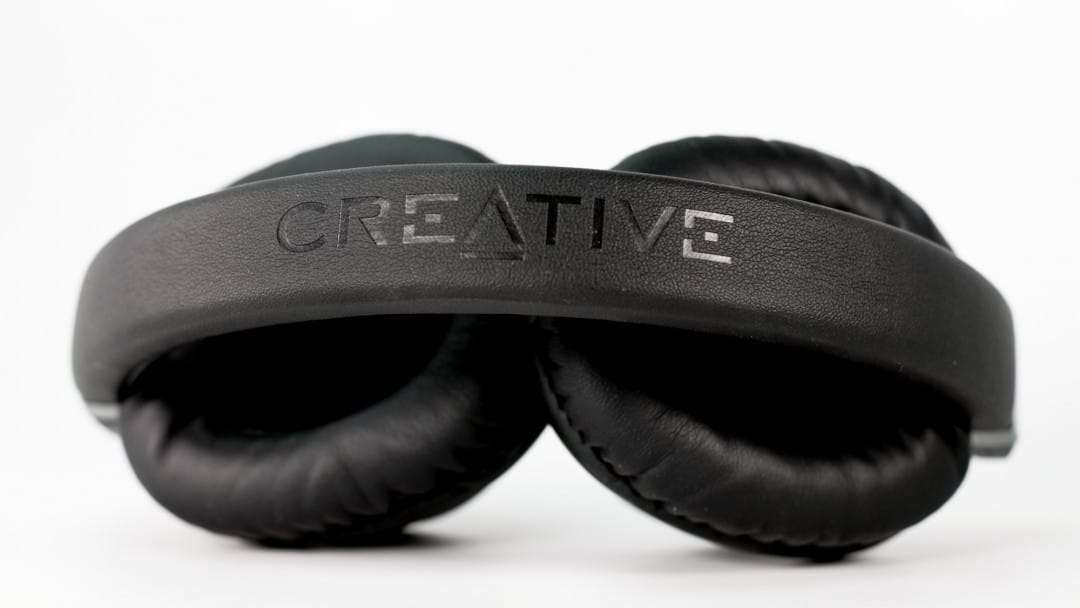 The first impression from the Creative Outlier Black headphones isn’t a great one. The first thing you see is the box. Unfortunately, the box does not have a whole lot of details built into it. It is a brown cardboard box with an outlined image of the headphones and the name of the product stamped on the front. On one side panel, there are some images that indicate what is included in the box — the headphones, paperwork, aux cable, Micro USB cable for charging, and a travel pouch for the headphones. There are three pamphlets included in the box — one shows direct contact information for support, one is safety and regulatory information, and the last one is an illustration of how to use the headphones. There are no written instructions included.

The Outlier Black headphones are not the most complicated headphones in the world to use, but I did have a little trouble getting started. When I first took the headphones out of the box, I thought the buttons were touch-sensitive. The instructions didn’t really show that they weren’t, but I finally pressed the control button in and felt a very gentle click. I could see other people getting confused in this same manner so it would be nice if written instructions were included in addition to the illustration. 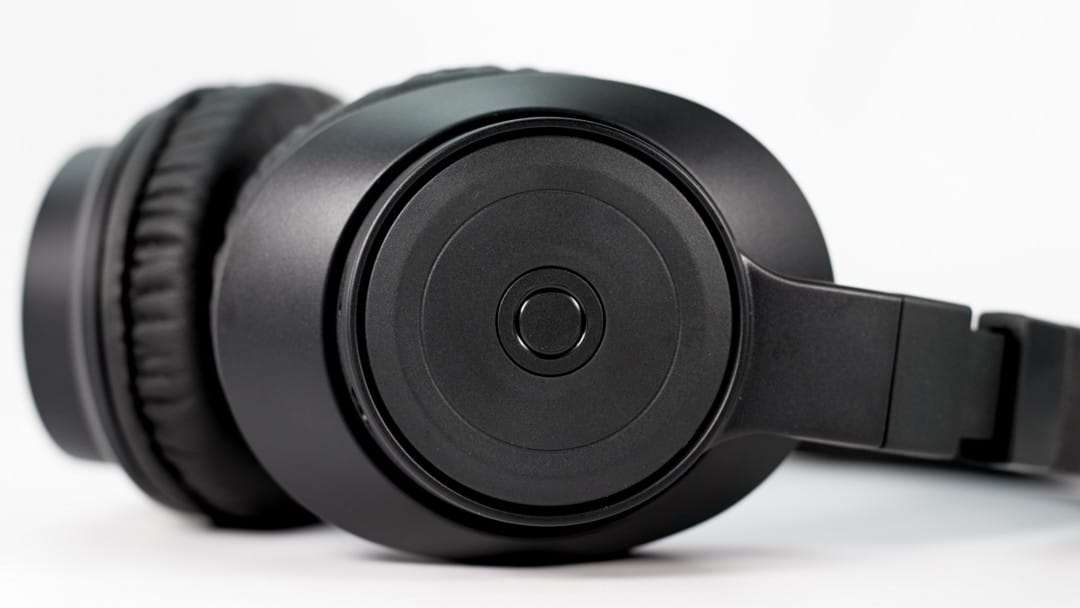 Even though the packaging and instructions left something to be desired, these headphones impressed me quite a bit. They are VERY lightweight. I wore them for several hours at a time and found that my ears did not overheat and I was comfortable wearing them. The controls are easy to use and I love that the volume is separate from the advance/rewind button. You do end up using the play/pause button as a multifunction button, but it only controls power, play/pause, call answer/end, and voice assistant activation.

Audio quality is above average for music and videos. I listened to 90s hip-hop a lot while I was testing these headphones and the bass was punchy and the music had a well-rounded sound. When I switched over to a film on Netflix, the music, voice track and sound effects were all well-mixed, but not quite as good as some more premium headphones like the Sony CH700N wireless headphones. There is a very important distinction here though — the Sony headphones are almost 4 times the price of the Creative Outlier Black headphones. 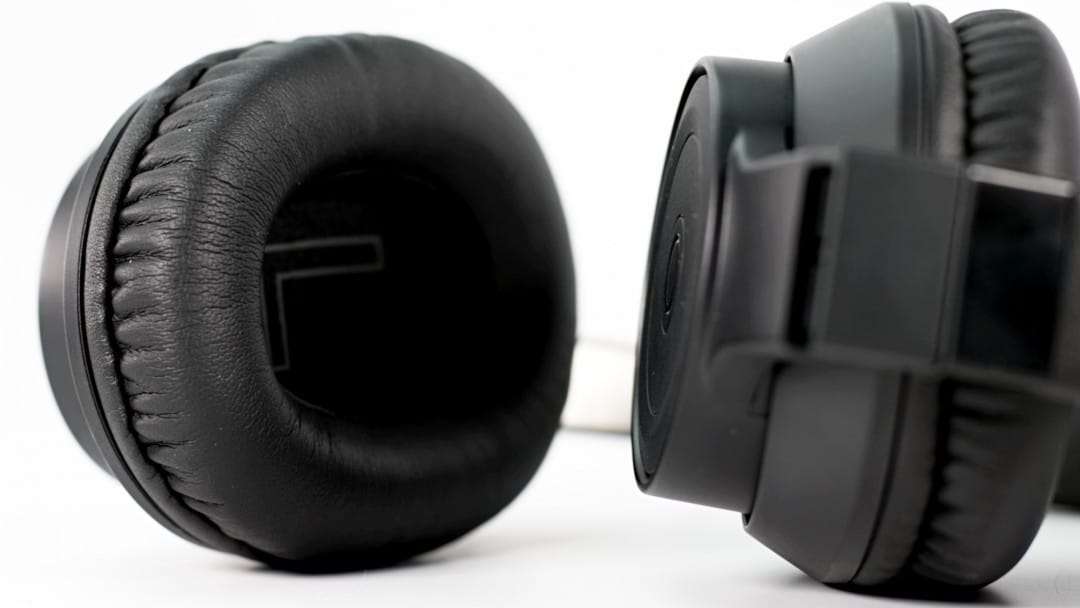 When it came to testing out the voice assistant, I didn’t have any issues with connecting to Siri on my phone or it understanding my command. The audio that came from the phone — Siri’s voice — was pretty garbled. It sounded a lot like an old, landline phone connection. I could still understand what Siri was saying, but it wasn’t very clear. Unfortunately the same could be said for phone calls. I used the Skype Test Call to test this function. The Test call voice was a cloudy old phone reception and my recording was even worse. I did try testing this process using my Apple AirPods, too, which I’ve found are the closest thing to a direct phone connection. The Skype Test Call voice was much clearer and even though my recording was still somewhat garbled, it sounded better with the AirPods than the Outlier headphones. I also found that the volume level had to be turned up much higher when using the call function of the headphones than when you are just listening to music.

The final test I ran on the headphones was to check the frequency range of the headphones. The app I use for this is called Tone Generator. It allows me to play a tone through both earpieces at the same time. The tone starts at 20Hz and goes up through 22 kHz — the basic hearing range for human ears. I do want to note that I personally can hear a range between 30 Hz and 17 kHz through the iPhone speaker without headphones. At 50% volume, I could hear 30 Hz on the low end and 16000-16500 kHz on the high end. 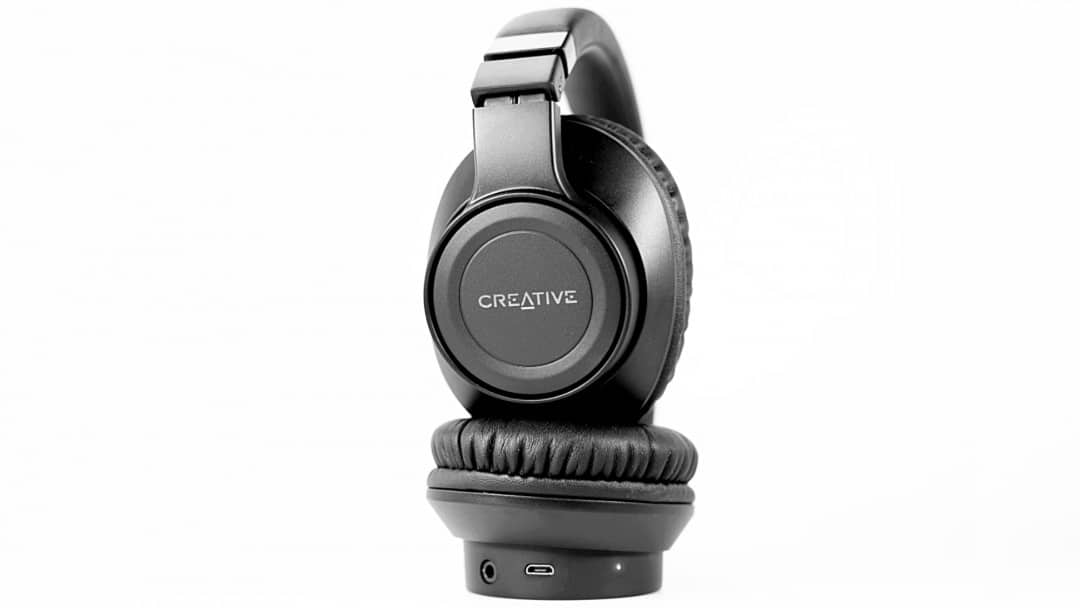 The Outlier Black headphones by Creative are a nice lightweight set of over the ear headphones. I really love their minimalist design and smooth, sleek look. The cost of the headphones is in line with other similar headphones in the market and even though the call quality is below average in my opinion, they will work if you need to answer a call while wearing the headphones for entertainment purposes. I think these are a really great option for someone who wants a solid set of wireless headphones.